Over 400 people participated in a new long-course triathlon hosted at Geoff Spark’s irrigation lake in Eyrewell on 16th December.

The event, which was sponsored by Waimakariri Irrigation Limited (WIL), turned out to be a huge success for attendees and supporters. Geoff says when event organiser John Newsom first approached him about hosting the triathlon, they imagined that around 250 people would enter the event.

“We were blown away by the amount of interest the event generated. There was a hugely positive vibe in the air all day and it was an amazing opportunity for people to use the lake for a sporting event.”

The Spark family hosted the OxMan triathlon at their farm irrigation lake in Eyrewell with all family members participated in the event. From left: Georgia (15), Henry (17), Rochelle, Sienna (13), and Geoff Spark.

Another important purpose behind the triathlon was to bring people from different backgrounds together. Geoff says the mix of urban and rural participants provided a good opportunity to meet a wide range of people connected by a shared love of sport. His wife Rochelle and their three teenaged children all participated in the triathlon.

“Sport bringing people together and you could see that yesterday. Being able to share the lake with others was really special and we enjoy opening it up to the wider community for these types of events.”

The event raised $1000 for Farmstrong; a charity focused on well-being for the farming community. Geoff says the charity’s focus on living a balanced life is something he strongly supports. 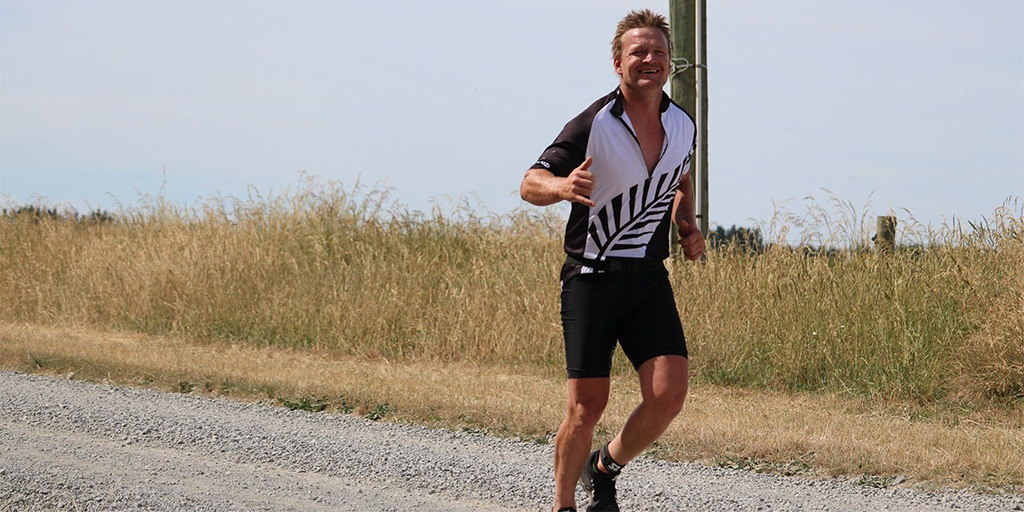 WIL shareholder Mike Smith enjoyed participating in the event and described it as a positive opportunity to get involved in an activity outside the farm.

“When John approached us, I said it was important that we give back to a charity and I really believe in Farmstrong’s of ‘live well, farm well’. Being active is a really important part of well-being and I think that the training aspect was a positive for everyone involved.”

WIL shareholder Mike Smith participated in the duathlon section of the event and says it was a wonderful opportunity for the rural community to showcase their connection to the wider community.

“The event did us country folk proud. It was a brilliant day and it was good to see quite a few of the farmers getting involved in the event. A lot of us don’t get out much as we get so busy on the farm.

“Having a goal to aim for and getting away from the farm is really important for mental health and I was pleased that the event supported Farmstrong.

“I’m keen to enter again next year and hope we’ll continue to have the event out here.”

Geoff hopes the OxMan will become an annual event and he’s keen to continue hosting the triathlon at his property. It is only one of two triathlons held in the South Island.

“It’s really positive to be involved in a sporting event like this and I think it’s a great way to give back to the community and bring people together.”