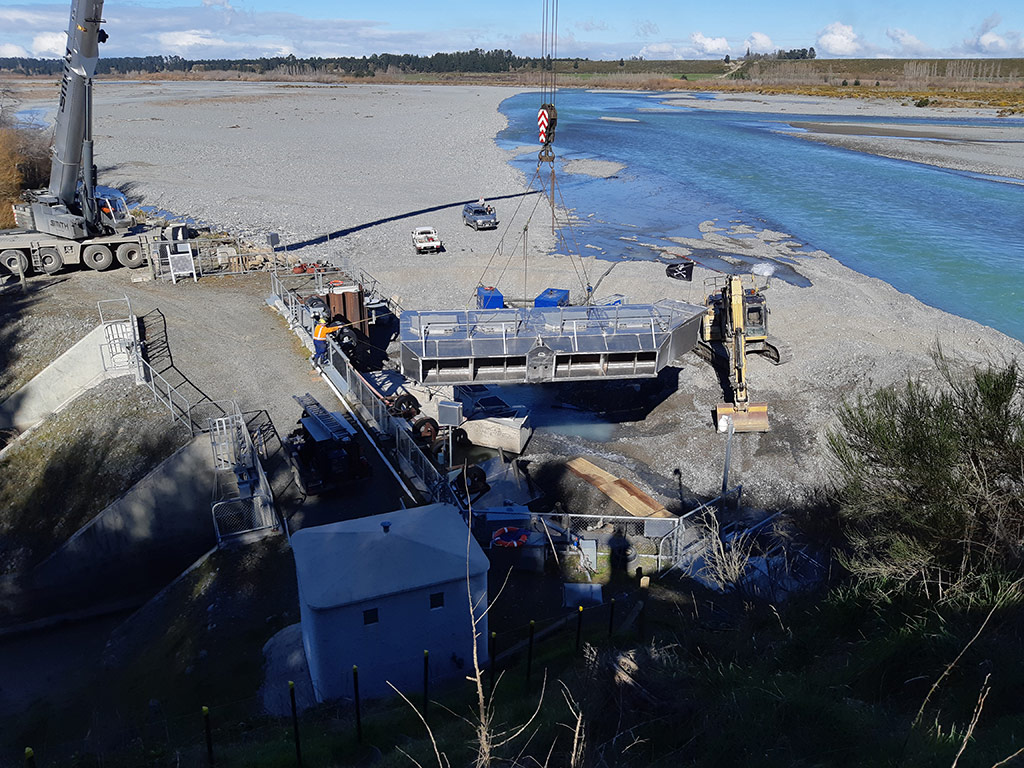 Last week a team from Smiths Cranes, Engineering North Canterbury and WIL completed the installation of the new boat (aka Boat 3) at the Browns Rock intake. As previously reported, Boat 3 is a replacement for the original boat that was in service for nearly 20 years. In 2012/2013 a second boat was installed at the intake, this incorporated a number of improvements. Boat 3 boasts further improvement including:

Additional work over the next few months will include:

WIL has recognised the importance of this infrastructure as an important backup supply to the Scheme. Over the past three years we have worked with Waimakariri District Council (WDC) to make the following improvements: